When I moved to Liverpool nearly seven years ago, I knew no one. Seriously. No one. So obviously I did exactly what I would have done if I were still living in Kentucky: I took my lonely self to Starbucks and drank coffee for several hours every single day. Eventually, the baristas took pity on me and brought me into their fold and made me feel like a real human again. And I’ll never forget their kindness. One of these baristas – with her amazing backcombed hair and perfect (seriously — PER.FECT.) winged eyeliner — was Sarah Fuller.

This blog post isn’t necessarily about the kindness of strangers, but I found it difficult to start a post about Sarah, her artwork, and her involvement with the British Style Collective that took place in Liverpool two weeks ago without first making it clear the type of person she is. I mean, she’s the reason I was able to attend the event in the first place. Several months ago, she started posting on Instagram about a body positive event she was spearheading at the British Style Collective along with a body confidence campaign called Beautiful Is_ ( which I’ll get to in a moment) where students could learn about positive body image and body diversity in fashion and would be shown techniques to create their own fashion illustrations. I emailed her to find out how to get tickets, and in typical Sarah fashion, she suggested that I get involved via my blog. (Which is what you’re reading right now, by the way, in case you haven’t put that together yet.)

“The Rare School of Fashion is a two year course which specialises in all aspects of fashion, and the students graduate with a Btec Level 3, “ Kitty said. “So we basically educate them and prepare them for either university or industry. The whole course is run by industry professionals. None of us are trained teachers, we all just know, live and breathe our subject matter, and pass on our skills to the kids and students. I teach ages 16-24 and lecture in both Fashion Illustration and Fashion Photography. We also have a digital lecturer, who runs his classes side by side with mine, so if you are not too skilled at hand drawing, you may shine on a computer instead! I am the old dinosaur of the group — proper analogue — and I preach hand drawing for everything from primary sources!”

Kitty is indeed an industry professional, and her own artwork is beautiful, relatable, and sometimes overwhelming in the best way. I’ve always really loved her Crying Girl series, which is somewhat of an homage to Roy Lichtenstein’s “Drowning Girl,” (but in my opinion even better than the original in many ways!).

“The visual narrative in the painting was so dark, yet portrayed such a glamorous looking ill-fated girl; for me it represented a dramatic pastiche of a teary eyed 1940s Hollywood starlet. I loved the idea that she would rather meet her fate than be saved by Brad, the absent ‘hero’ of the scene,” Kitty said. “As a teenager and later an adult I conjured up stories of what I would shed a tear over – perhaps a pair of Manolo Blahniks or a beautiful Dolce & Gabbana A/W ’12 gold brocade dress. Such fantasies and ideas transpired into a wonderful aesthetic on paper and an idea was born.”

The series was chosen for exhibition during the British Style Collective, and the pieces looked AMAZING. Seriously. Just look at them: 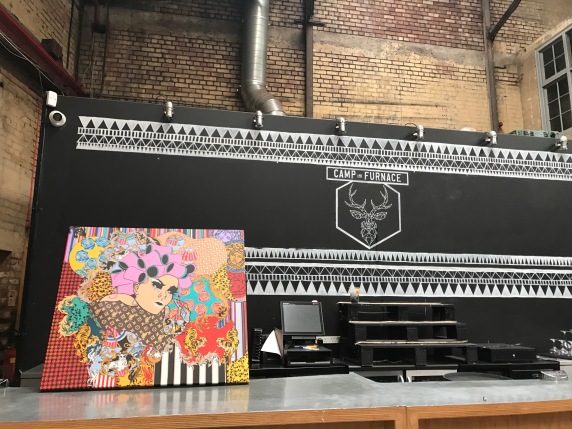 The British Style Collective, which was held over three days on July 7-9 during its first run in Liverpool (it’s been previously held in Birmingham for the past 26 years), took place over a number of venues across the city centre, including a “Creative Hub” in the Baltic Area which housed an education-driven event where fashion educators and students could participate in interactive workshops, view fashion collections, and attend events like the Raw Catwalk – a fashion show spotlighting student fashion (and holy moly were there some incredible pieces in the show), but with a twist: it featured a perspex wall that allowed the audience to see what was going on behind the scenes – the models, the makeup artists, the hairdressers, and the logistical team.

The Creative Hub is also where I got to see the absolute highlight of the event — the live fashion illustration demo put together by Kitty Fuller and Beautiful Is_. 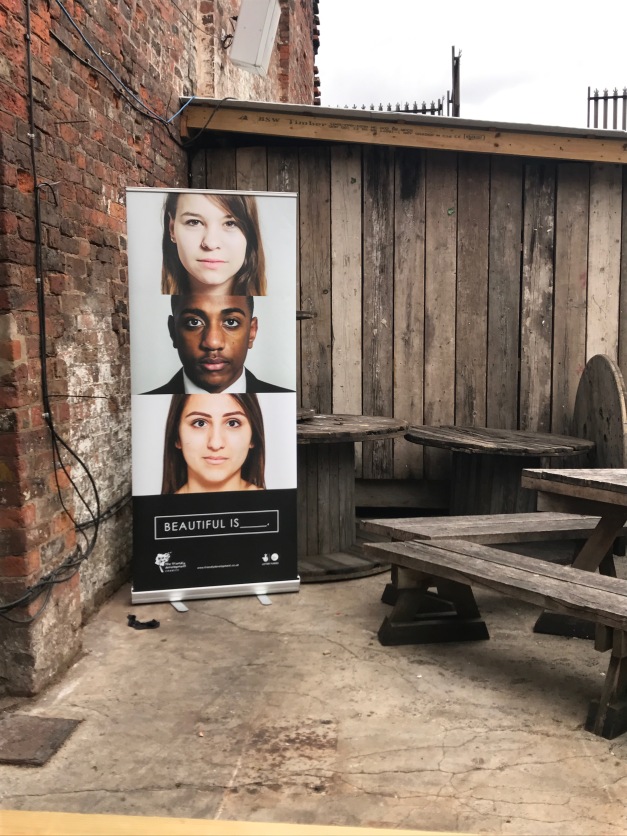 Beautiful Is_ runs a body confidence campaign aiming to challenge the perception of what “beautiful is,” and to inspire young people to feel confident in the bodies they have. They travel throughout the UK presenting body confidence workshops, host events in schools and universities, and offer free online training and workshops for people who want to get involved in the work they do. The live fashion illustration was part of their work, and they hosted several demonstrations throughout the day, some with over 200 students. The group I got to sit in on had about 60 students, a mix of boys and girls around the age of 15 or 16, who all seemed really excited to be there. Emma from Beautiful Is_ began the event by talking to students about the importance of body image in fashion and mainstream media, and then Kitty asked them to split off into pairs, designating one person as the illustrator and one person as the model. She walked them through the process of sketching a body, part by part. Head, torso, legs, arms, feet. I really loved that Kitty was so particular with her language, describing body parts simply as that – body parts. Not elevating one type of body over another, but allowing the kids to see what was there – lots of different bodies that deserved to be illustrated.

While there were definitely young boys at this event, the girls at the demonstration I attended were super into it . . .until they realised they had to “model.” Then they got squirmy. In fact, I overheard an adorable young girl sass at her friend, “If you don’t make my thighs look thinner, my waist look smaller, and my chest look bigger, I’m probably never speaking to you again. Also, I want a Kardashian bum.” I obviously can’t speak to her experience because I’m not her, but having once been a teenage girl myself (a long, long time ago), I could easily imagine myself having once said the same thing in an effort to make light of not only feeling uncomfortable with being the focus of someone’s attention, but also with having that attention focused on a body that I didn’t feel particularly confident inhabiting. As women, a lot of us are taught from a young age not that it’s not ladylike to enjoy the spotlight or to unashamedly take up space. We’re taught to make our body and our existence as small as possible, and this event was amazing because it put young girls in a situation where they were not only encouraged to be the centre of attention, but were also validated as worthy of being sketched for a fashion illustration.

I mean, I absolutely love that the point was to sketch actual, real people standing in front of each other. Actual, un-photoshopped bodies that (I’m assuming) wear clothes every single day. The fashion illustration demo that Kitty and Beautiful Is_ put together was effective because it was teaching students to create fashion illustrations that were actually representative of the people they see around them on a daily basis, rather than the same “high fashion” body types seen over and over again on the catwalk and in fashion magazines. To be clear, I am not saying there is anything wrong with high fashion body types, but I don’t believe that they are necessarily representative of the millions and millions of different body types that exist in our everyday experiences with other people. Teaching young people to draw fashion sketches of different bodies reinforces the idea that all bodies deserve to be represented in fashion, that no matter what you look like, you’re a worthy vehicle of fashion and you deserve to wear clothes that make you feel confident. I wish I’d been able to attend something like this when I was younger, because I spent a large part of my teenage years convinced that retailers didn’t make clothes in my size that I’d actually enjoy wearing because I didn’t have the “right” kind of body. That the problem was me and my body.  I loved this event because it cultivates the idea that the problem is actually with an industry that desperately needs to embrace body diversity, and the hundreds of fashion students who attended the British Style Collective are the future of that very industry. I’m hopeful that messages like the one Kitty Fuller and Beautiful Is_  were promoting to these students is how things start to change.

If you’re interested in learning more about Kitty Fuller or purchasing some of her art, you can find her here. If you’d like to get involved with Beautiful Is_, you can find them here.